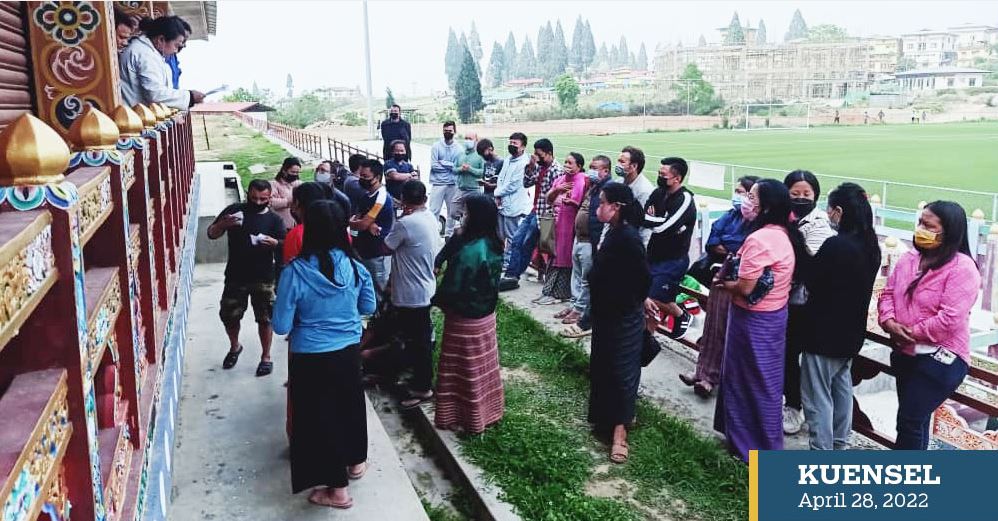 This means that 4,043 people in the dzongkhag are infected with the bacteria.

The screening started in January in the dzongkhag, but the lockdown disrupted it.

It was continued on March 18 from Tsirangtoe gewog and concluded on April 25.

The dzongkhag’s focal for gastric cancer screening programme, Tashi, said that the programme that began in January this year was first piloted in Semjong, Patshaling, and two chiwogs of Kilkhorthang gewogs.

For the screening, stool samples of individuals within the age group of 18 to 75 were collected.

Officials said that high-risk groups were further referred for endoscopy.

According to the screening report, positive cases were then treated with triple therapy for 14 days with follow up treatment and counselling.

The therapy, according to online sources, lasts for 10 to 14 days with medications of one PPI at the standard dose, 1g of amoxicillin, and 0.5g of clarithromycin twice daily for one week.

A woman in her early 30s from Damphu, who was in the high-risk group, said she did not know was infected until she was screened recently.

“I am under medication currently,” she said.

An ulcer patient from Gosarling said that she always suffered from stomach pain and was worried that it would turn into cancer. “I am glad I got screened.”

Experts said that H. pylori infection is usually acquired in childhood and early adulthood with 50 percent of the world’s population infected without symptoms. “The infection remains in the stomach for decades, finally leading to atrophy and intestinal metaplasia, which in a few cases lead to dysplasia and then gastric cancer.”

Community work by our volunteers

BCS completes 4 weeks of volunteer duty at the oncology ward